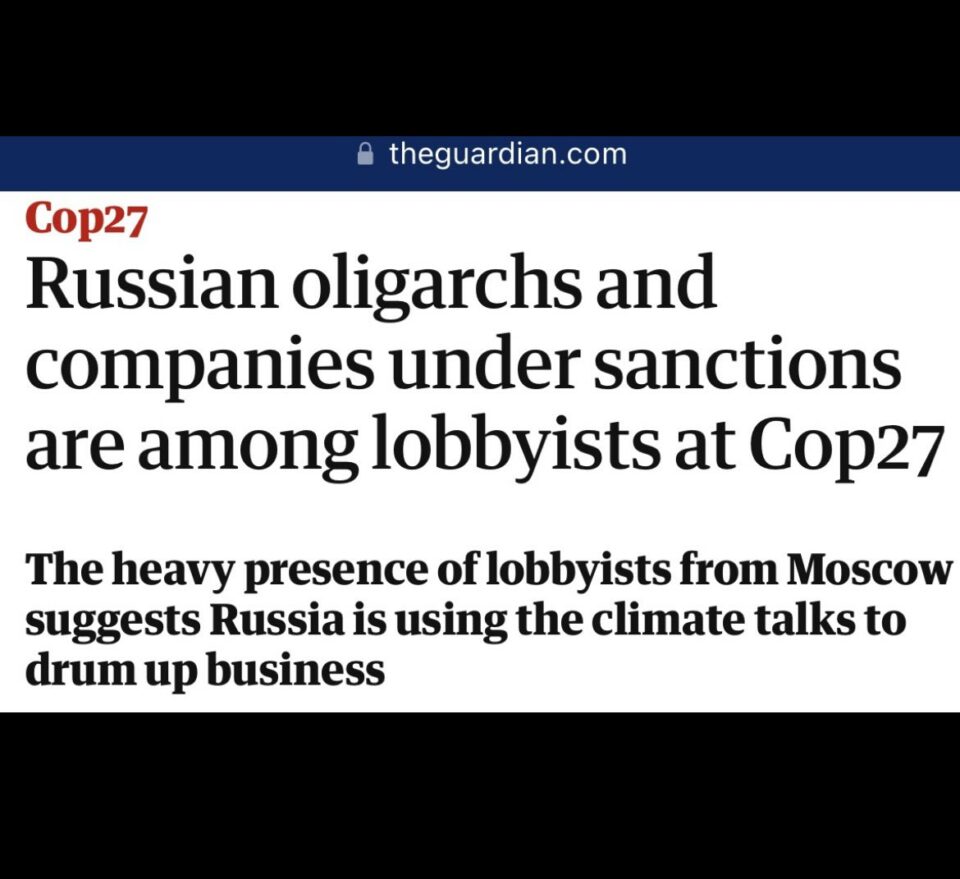 Russian oligarchs and executives from multiple companies under international sanctions are among the lobbyists currently attending Cop27 in Sharm el-Sheikh.

Among those listed as part of the Russian delegation at the pivotal climate talks are the billionaire and former aluminium magnate Oleg Deripaska, who is under UK sanctions, and the billionaire Andrey Melnichenko, the founder and former board member of the Swiss-headquartered fertiliser company EuroChem Group, who has been targeted with individual sanctions by the European Union; Melnichencko has disputed the sanctions, calling them “absurd and nonsensical”.

Cop27: US ‘totally supportive’ of moves to address loss and damage, says Kerry – as it happened

Climate-focused reform of World Bank could be done in a year, says Al Gore