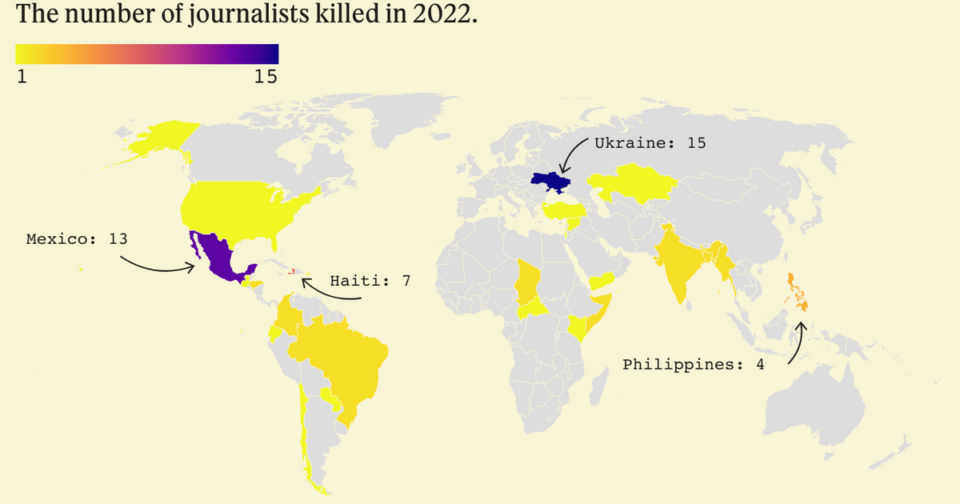 More journalists were killed in Latin America and the Caribbean than in any other part of the world last year, including the Ukraine war zone, the press watchdog Committee to Protect Journalists (CPJ) has said.

In a report released on Tuesday, the group said that, globally, at least 67 journalists and media workers had been killed in 2022, nearly double the 2021 figure of 45.

‘We feel safer’: how green energy is brightening refugee lives in Rwanda