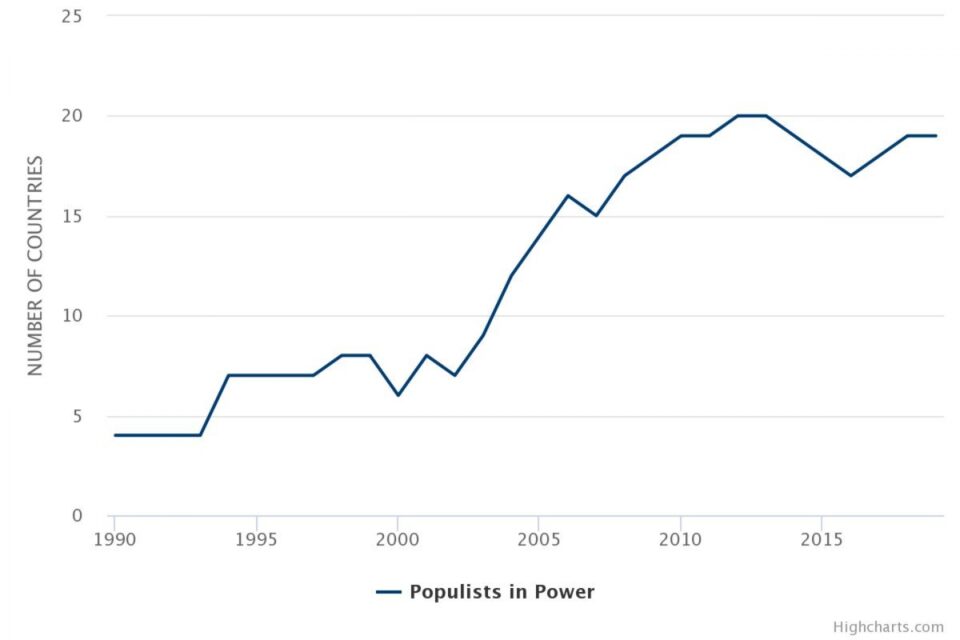 The number of populist leaders around the world has fallen to a 20-year low after a series of victories for progressives and centrists over the past year, according to analysis from the Tony Blair Institute showing the number of people living under populist rule has fallen by 800,000 in two years.

The research claims 2023 could be an equally decisive year for populism, with critical elections in Turkey and Poland. Those two elections could see two of the most influential populist governments in the world fall, though that may yet require divided opposition parties in both countries to form clearer coalition programmes than they have managed so far.

‘A lack of respect’: Brazil footballers fail to show up to Pelé’s funeral

‘To gain respect, you need success’: the trans tycoon from Thailand who bought up Miss Universe