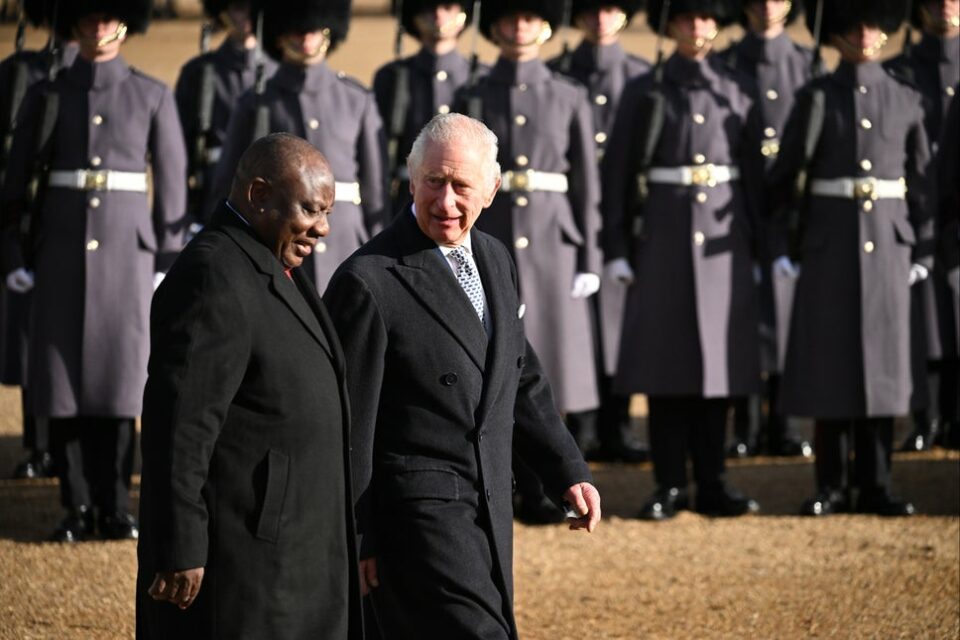 The South African president has started a two-day state visit to the UK, the first since King Charles took the throne, with the Conservative government eager to focus on trade rather than challenge South Africa’s refusal to impose sanctions on Russia over the invasion of Ukraine.

Cyril Ramaphosa’s trip has been much delayed due to Covid and only by chance became the first state visit of the king’s reign.

‘A little bit of deja vu’: Canada’s Greens turn to ex-leader in bid to revive fortunes