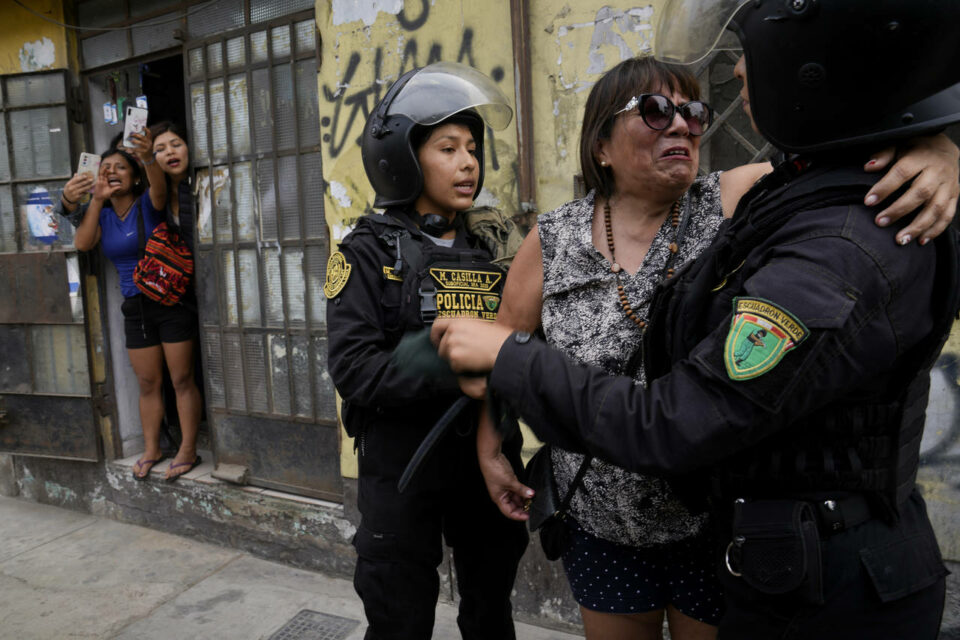 Scores of police raided a Lima university on Saturday, smashing down the gates with an armoured vehicle, firing teargas and detaining more than 200 people who had come to the Peruvian capital to take part in anti-government protests.

Images showed dozens of people lying face down on the ground at San Marcos University after the surprise police operation. Students told the Guardian they were pushed, kicked and hit with truncheons as they were forced out of their dormitories.